On the evening of Mothers Day I got a very surprising, but rather wonderful notification. It was a  rare bird report, for Nelson! And it was of a particularly brilliant bird. I had to go see it and cement my name as a twitcher. Well not quite, I am only almost a twitcher. Or am I? Who knows.

We headed straight to the sewage ponds early the next morning, I didn’t want to wait any longer… well I didn’t want it to go away.

When we arrived we drove around the edges of the sewage ponds as it had been said it could be seen from the road. It wasn’t anywhere in sight, so we went to the walkable wetland area track. Those ponds are often full of waterfowl and Pied Stilt flocks so I thought it might hang out with them.

It did! Though the stilts seemed a little less than pleased with its frantic swimming like a drowning lark. They’d chase it off if it got too near.

“It” was a Red-Necked Phalarope, a bird only reported 13 times in New Zealand, so an amazing record. Being basically close I couldn’t not see it at the first chance I got!

Yesterday my father and I went whizzing around the coast of Tasman and at my house to find as many species as we could in 24 hours as part of a nationwide birdathon!

The Birdathon is a fun national event to get people to go out and try to see birds, as many as possible! Of course, there is a competitive element too, you can try and beat everyone else records, on either a regional or countrywide scale! No-one had said anything about having a record for any of  Top of the South, so that gave us an advantage, though nothing to boast about when we “set the record”.

We decided to try just doing the Tasman region, so no Nelson Sewage Ponds or Wairau River for us. Our first stop was Marahau, but we heard some birds at home before we set off, including Long-Tailed Cuckoo and Morepork, as well as seeing some more birds on the way there.

We got to Marahau at 7:03, and the first bird we heard was a Shining Cuckoo, another for the list! Soon after, we had Eurasian Greenfinch, Silvereye, Dunnock, and New Zealand Fantail added to it, going well. The walk around the wetland added some of course, such as Pied Stilt and White-Faced Heron, but we didn’t get the Banded Rail. I had thought of playing some calls to call them in but decided against it since it is the breeding season. However, there was a weka wading around in the swampy grass.

Next after Marahau we head for Motueka Sandspit to catch the high tide for waders. There we saw lots of Bar-tailed Godwit and Ruddy Turnstone, plus the Banded Dotterel, but I couldn’t find a single knot. Part way through looking for these Red Knots, to my amazement, we spotted a Little Tern!

The next spots were all smaller and aimed mainly at spotting some more waterfowl and passerines. This included hunting for Australian Wood Duck at the Playhouse ponds, but to our surprise, they weren’t there, they were at Hoddy Estuary Park!

Tho I condensed our trip, in total we gathered a total of 55 bird species, not including a rather convincing duck that looked oh so close to a Grey Duck…. But certianly I was pleased with our total! The Little Tern and Australian Wood Duck were a huge bonus for me.

If you can, I think taking part of such events is great fun, especially when you do it with other people. Why not join in the Birdathon, next time maybe? birdathon.co.nz 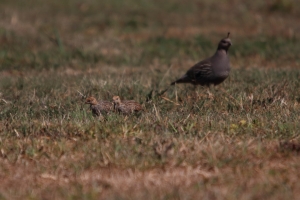 A while ago I took some shots down at the lake of the New Zealand Scaup which is establishing themselves. I was actually quite pleased with the video, which you can see along with photos below:

END_OF_DOCUMENT_TOKEN_TO_BE_REPLACED

Many times have I sung the praises of sewage ponds, one of the best sorts of birding sites in my opinion. I’m especially fond of our second closest sewage pond out of the ones I visit, the Nelson Sewage Treatment Plant, overflowing with… birdlife!

The other day I took a visit to the ponds, described below. You can check out my Ebird Checklist right here.

END_OF_DOCUMENT_TOKEN_TO_BE_REPLACED

I went to have a look at two nearby spots the other day, both along highway 63.

The first spot we went to was an access point to the Wairau River, below Wash Bridge. I used to go there a fair bit, it often hosted river nesting birds such as the Black-fronted Tern, Black-Billed Gull, and Banded Dotterel. I was hoping to see some Black-Fronted Tern and New Zealand Pipit among other things, but when I got there the place was void of life, other than a few Feral Pigeons roosting under the bridge.

It appears the access road is being used to store gravel for the highway… so the gravel drive has been all repaired and smoothed out, but it looks like someone went and flattened a bit of the river bed too. I am assuming the birds have been disturbed by all the work or displeased by the flattening of their habitat. Hopefully, they will return later, I am just glad it wasn’t done during the nesting season, or there could have been a few crushed nests.

However, all was not lost on chances to see some birds, next stop was Argyle Pond, a water power generator. END_OF_DOCUMENT_TOKEN_TO_BE_REPLACED

UPDATE: Checking up on this blog I noticed all my photos are missing on this post. I shall attempt to fix it, sorry for the inconvenience.

Last Saturday I attended a Nelson Region Birds New Zealand field trip, I don’t think they have had one for an awfully long time actually… It was bright and sunny, but still pretty cold. We went to Bell Island, an island near to the larger, and more well known, Rabbit Island. Bell Island has a sewage treatment plant on it, but that wasn’t what we were there for, we were there for the waders! It is a great spot, hosting a large flock of Wrybill among other birds, and two exciting ones!

END_OF_DOCUMENT_TOKEN_TO_BE_REPLACED

Hi! For my first blog post here I thought I should write about a gorgeous, and semi-iconic bird.

END_OF_DOCUMENT_TOKEN_TO_BE_REPLACED 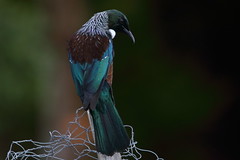 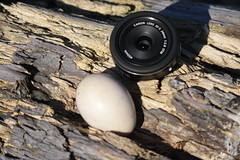 Find me on Social Media!